NHS to complete roll out of new standards by April 2019 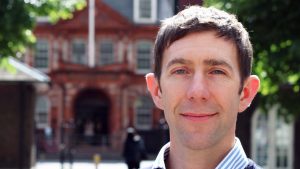 Hanson’s work on the mechanics, texture and flow properties of foods, forms a key part of the International Dysphagia Diet Standardisation Initiative (IDDSI), an international effort to enhance the quality of life of those with swallowing disorders.  The IDDSI standards are helping healthcare professionals, carers and patients understand appropriate food thickness, to promote safe and effective swallowing.  IDDSI’s framework and resources are now being rolled out by the NHS.

Dr Hanson explained, “The ability to eat and drink is something we take for granted but actually it’s a complex process involving many senses and precisely-timed control of 26 pairs of muscles.  For around 1 in 12 of the population, this process doesn’t work effectively and their mealtimes can be stressful and unsafe, with a risk of choking or food passing into their lungs.”

Modification of the texture of foods is the common, widely accepted method of managing dysphagia. Hanson performed laboratory tests at UCL, investigating how the mechanics of food can be manipulated and classified. He also helped devise methods for testing for appropriate food thickness cheaply, by lay persons without access to specialist equipment. 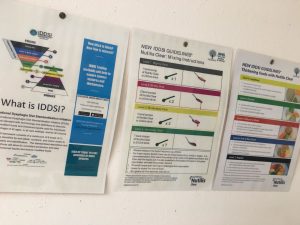 Working with PhD student Andrew Redfearn, Hanson created a mechanical simulator of the mouth and tongue to study how foods and drinks behave when swallowed. The test rig maps the pressure needed to swallow soft foods and uses lasers to visualise the flow of drinks.  Hanson also worked with major medical food and drink companies to help them standardise products for those affected by dysphagia.

Standards adopted by NHS after reports of “significant harm”

The IDDSI standards Hanson helped develop have been adopted by Britain’s National Health Service (NHS), which recently issued an alert to fully implement the IDDSI framework nationwide by April 2019.  The alert followed a two year NHS review where seven patients appeared to be significantly harmed, including two deaths by choking, because of confusion about the meaning of the term ‘soft diet’.

The NHS aims to replace imprecise and subjective terms like ‘soft diet’ in hospitals and care homes, with accessible but more precise guidance and resources, based on the IDDSI framework.

Hanson said “To have my own lab-based research affect people’s lives and to see posters that have been created recommending people use these techniques is very rewarding. It’s nice to see a commercial impact too. All the different companies which have been competing, they’re all coming into alignment, agreeing that a common set of standards is much better for patient safety, as well as providing the best quality of foods and drinks.”

IDDSI estimates some 590 million worldwide people are adversely affected by swallowing disorders, which can affect people at any point in life. Those affected by dysphagia include premature babies, adults with cerebral palsy, stroke survivors and older residents of care homes. 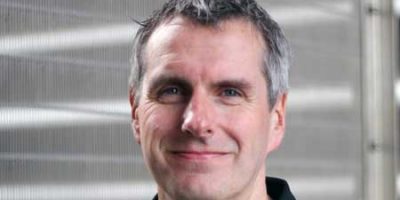