This responsive mode award, Professor Edirisinghe’s 42nd EPSRC grant, will employ two researchers, one at each site.  The team aims to engineer a novel platform of nanotechnology for point-of-need delivery of controlled release medications, based on a new portable device which allows in-situ generation of nano-/micro fibrous meshes, work originating from the electrohydrodynamic (EHD-gun) created by Professor Edirisinghe in UCL Mechanical Engineering. These fibres will contain multiple layers of active pharmaceutical ingredients in a core-shell configuration (potentially up to at least four layers), allowing compartmentalization of agents ranging from proteins to low molecular weight antibiotics including innovative therapeutic oligosaccharides.

Nano and microfibres with compartmentalised structures are currently attracting a great deal of interest within the drug delivery arena due to recent emphasis on combination therapies and tissue engineering. A highly desirable possibility, not yet realised in practice, is the generation of micro/nanofibres in situ at the point of trauma. Were this to be possible, then valuable time to treatment would be saved as agents designed to stop bleeding, prevent infection, reduce pain or promote healing can be administered quickly in a form applicable to a wide range of injuries. A portable system will also be useful for patients with mobility difficulties being treated at home for conditions such as diabetic ulcers or for medically inaccessible regions such as refugee camps, while the use of biodegradable polymer bases would allow the mesh to simply be resorbed over a period of time without damage to the lesion associated with dressing removal.

The technology would also enable an alternative nasal route for sustained and controlled drug release when oral/intravenous drug delivery is impractical during emergencies where the patient may be unconscious with poor vein access (e.g. heroin overdose) or may even be having a seizure. Overall, a ‘field’ system for simple and inexpensive administration of complex drug-loaded fibre meshes would have huge patient benefit for a wide range of conditions and would represent a significant breakthrough in engineering-led therapeutic development.

At the heart of this research is the genuine partnership between engineering and pharmaceutical science. The collaboration between Prof Mohan Edirisinghe at UCL Mechanical Engineering and Prof Duncan Craig at School of Pharmacy is a long-standing and highly successful fulcrum that has attracted over £1M funding from EPSRC and many doctoral students in the last three years.

The use of the portable EHD-device and the associated in-field delivery of multi-layer micro/nanofibres will be of huge interest to the manufacturing industry; the consortium has already attracted significant interest from industry in the pharmaceutical and biomedical arena as well as suppliers of the associated biomaterials, including innovative therapy developer Algipharma, materials supplier Corbion, and the  world’s  largest  chemical  manufacturing company BASF.

In addition, this platform technology could have a range of spin-off applications well beyond the current biomedical objectives; many other areas such as building, textile and electric industries would be able to benefit from portable production of micro/nanofibres. 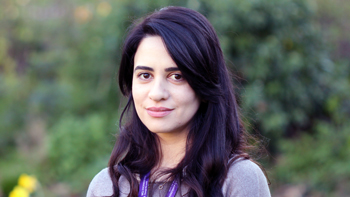