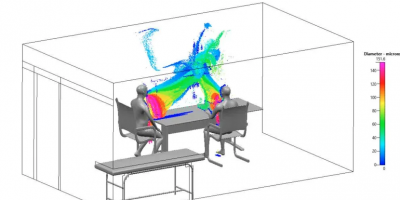 A new technique that can determine behaviour of healthy joints and those affected by conditions such as osteoarthritis with more accuracy than ever before, has been created by an international team of researchers.

Measuring strains with an accuracy of better than 100 nanometre 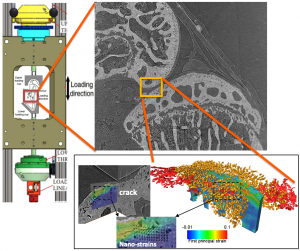 “A unique testing rig was developed to enable ultra-high resolution synchrotron imaging of knee joints at UCL Mechanical Engineering. Through an international collaboration of five universities, the strains in the articular cartilage and bone were measured in healthy and osteo-arthritic joints, simulating both normal loading during walking, and high loads, where cracks may form.”

The most common form of arthritis, osteoarthritis is thought to affect around a third of people aged 45 and over in the UK – almost 9 million people. This condition causes joints to become painful and stiff.

Joints respond to and absorb a range of loads over a lifetime by deforming or straining both our soft tissues and bone structures. Previously these strains have only been measured at the sub-millimetre scale in whole joints during loading. This latest work measures these strains with an accuracy of better than 100 nanometres – more than 1,000 times more precisely than current medical CAT scans or MRI scanners – in mouse knee joints at different stages during the onset and progression of osteoarthritis.

Previously, high-resolution imaging methods have been constrained by restrictions on sample-size and lengthy scan times.  In addition, the level of radiation used in some techniques damages or destroys the samples being scanned. The team set out to develop a technique which enabled high-resolution imaging and accurate measurement of mechanical strains, to give researchers a deeper understanding of how joints react as osteoarthritis progresses.

Using the new technique, strains in joints can be captured with nanometre resolution (colours) in whole joints as walking is simulated.

A bespoke loading rig, developed by Professor Peter Lee  (UCL Mechanical Engineering) for studying aeroengine materials (see Nature Communications 2016) to simulating volcanic eruptions (see Nature Geoscience 2019), was adapted to simulate the loading of the knee joints during walking. This allowed the team to accurately apply identical, controlled loads to the joints being studied.

In order to maintain both the integrity of samples, and the quality of the images collected,  the team used a high flux ‘pink’ beam at Diamond. This allowed researchers to easily visualise features in joints with unprecedented resolution. A code was then developed for digital volume correlation by Brian Bay at Oregon State – a method used to measure strains across the complex structure of the joint.

The study brought together a range of technologies. These included synchrotron x-ray tomographic imaging at the Diamond Light Source, the nano-precision loading frame designed by UCL and software code developed by Oregon State University. These technologies were combined to capture, and measure the motion between, 3D images of joints with a resolution 1/20th of a voxel (3D pixel).

In order to protect joints from friction and damage during movement, articular cartilage (AC), which has limited capacity for healing and repair, needs to last a lifetime. However, researchers are still trying to determine how loads are transferred between the AC and the soft tissue on one side, and bone on the other as arthritis progresses. The team’s research showed that in young, older and osteoarthritic mice, changes in tissue structure and mechanical behaviour can be visualised simultaneously. It also showed that the tissue structures at the cellular level correlated with the mechanical performance of the whole joint.

While it is early days, the international team is excited by the prospect of how this new technique will be applied to act as an early detector for arthritis, and perhaps be used to determine the efficacy of potential treatments for this significant healthcare burden.

Peter D. Lee, Professor of Materials and Royal Academy of Engineering Chair in Emerging Technology at UCL, said: “Working with a multi-disciplinary international team of experts enabled us to adapt our nanoprecision instrument to measure the deformation in whole joints, under conditions closely mimicking walking.

Using Diamond Light Source, the UK’s synchrotron 3D images were collected and during loading and unloading. Analysis with Bay’s unique image correlation code from Oregon State, enabled us to measure the strain in the bone and articular cartilage with a resolution equivalent to one thousand of the thickness of a hair. The results are already being used by our collaborators at the Royal Veterinary College and Edinburgh Napier University to provide new insights into joint behaviour in health, and during the onset and progression of osteoarthritis and other musculoskeletal diseases that affect over 9 million people in the UK.” 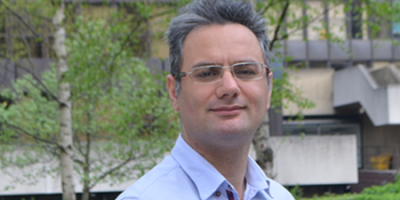