In winning this award, in addition to his 2013 David W. Taylor Medal from the Society of Naval Architects and Marine Engineers (SNAME), Paik becomes only the third person in history to claim both of the discipline’s top honours.

Since the foundation of RINA in 1860, the William Froude Medal has been presented to just 27 individuals who, have made a conspicuous contribution to naval architecture or shipbuilding and whose service and personal achievements merit special recognition.

Alongside his new role here at UCL, Professor Jeom Kee Paik is the Professor of Ship and Offshore Structural Mechanics at the Pusan National University, Korea, where he is also serving as the President of the Korea Ship and Offshore Research Institute (KOSORI) and as the Director of the Lloyd’s Register Foundation Research Centre of Excellence.

You can watch his acceptance speech here: https://youtu.be/XyJVA5BTk34

Professor Paik enjoys an international reputation for his work in the areas of safety design and engineering of ships and offshore structures in association with extreme and accidental conditions and has introduced new concepts and procedures for nonlinear structural mechanics and analysis that are essential within the framework of risk assessment and management.

The William Froude Medal
RINA Chief Executive, Trevor Blakeley, said “…. There is no doubt that the contribution which Professor Paik has made over many years to the field of naval architecture and ocean engineering, and in particular in that complex subject of the structures and strength of ships, have been significant. He is indeed a very worthy recipient of the William Froude Medal – the first from Asia”.

Professor Paik was presented with the William Froude Medal at the Institution’s 2015 Annual Dinner on 30 April by Past President of the Institution, Dr Peter Usher.

Earlier the same day he presented the inaugural Jeom Kee Paik prize to Adam James Sobey, a research engineer from Southampton University.  The Jeom Kee Paik Prize is the first such honour to be named for a non-Briton in RINA’s 155-year history. 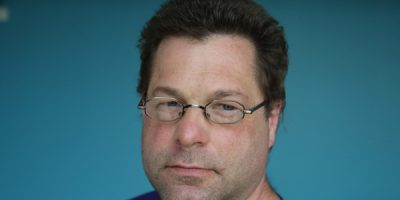