Professor Thomas has received a Medal of Distinction as co-author of a paper on ride control systems for high speed catamarans with his PhD student and colleagues from his previous role at the University of Tasmania.

Jake Rigby, whose Naval Architecture MSc project was supervised by Professor Thomas, has received the Jeom Paik Prize. Named for the UCL/Pusan National University Professor Jeom Kee Paik, the prize is awarded annually for the best paper published in RINA’s ‘Transactions’ by an author aged 35 or under, on the subject of structures.

Jake, now a naval architect at BMT, explained the investigation which lead to his winning paper “Shock Resilience of Structural Pillars in Naval Vessels”.

“Although structural pillars are extensively used in commercial vessels, traditionally their use on board UK warships has been discouraged. This is due to the tendency of pillars to “punch through” the deck when subjected to the high impulse loading of shock from underwater explosions. The paper re-addresses the question of a shock capable pillar, looking at how a pillar can be designed or mounted to increase its resilience to shock from underwater explosions. It is proposed that the advice against the use of pillars in warships could be unfounded, as the results of this study imply that as long as the pillar is sited properly on primary structural members, then pillar buckling should occur long before “punch though”.

On receiving his medal, Jake, who graduated from UCL in 2015 said, “It is a true honour to receive this award and even more so to have it presented by Jeom Kee Paik. Of course I have to thank the support and guidance of my supervisor Prof Giles Thomas, without whom this paper would not be possible.” 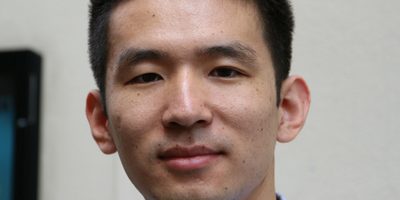