In his paper, Lishan summarises the research work he carried out – using Computational Fluid Dynamics (CFD) to investigate the energy saving effect of attaching a Vortex Generator to a ship hull. By using CFD to explore different shipping scenarios, Lishan looked at the effect various vortex generator designs had on the efficiency of a cargo ship, over a range of operating speeds. The research was part of his third year project, under the supervision of Ema Muk-Pavic.

“A lot of thanks to my supervisor, as she was the one who suggested I take my work further in the form of a student paper, and then encouraged to go and present at the conference,” said Lishan.

While Lishan was quite grateful for the opportunity, there were some things about the conference that took him by surprise.

“I had initially been told that I would be presenting to students … but when I actually got up and started to speak, I realised that most of the audience were actually professionals from industry,” said Lishan. “So understandably, I was initially quite nervous. But luckily it didn’t take me too long to really get into the rhythm of my presentation.”

While the accolade is a product of hard work, Lishan said the support at UCL and from his supervisor Ema Muk-Pavic was invaluable. Having received a scholarship from the American Bureau of Shipping in 2014, Lishan encourages students to be proactive and keep an eye out for schemes and prizes which often go under the radar.

“I think there are loads of conferences and student papers you can do but a lot of people aren’t aware of them,” he said.

“The one thing is – if you have an idea and you want something done, be proactive about it. Approach a member of staff. We have loads of really supportive supervisors in our department, so I’m sure that if you approach them and said, ‘I want to take my project work further’, then they’d be more than happy to give their input. So don’t be afraid to take the initiative.”

By taking the first step, a degree in Mechanical Engineering has literally taken Lishan from London to Rhode Island.

“When you do a degree in Mechanical Engineering, the doors that open are amazing. Studying engineering helps you to develop a strong set of analytical skills, and once you have this you can go into a range of chosen fields – engineering, research, finance or consulting just to name a few,” he said.

“You learn how to tackle real world problems by applying the theory you have learnt. You also learn to work in a team and collaborate on cross-disciplinary projects. More than the actual technical knowledge, it’s the way of approaching a problem, doing the analysis, and working with others to come up with feasible solutions.” 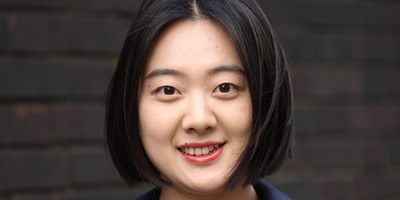