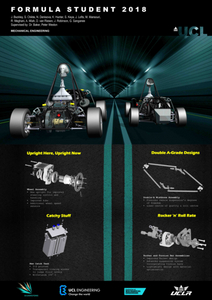 Formula Student is a competition run by the IMechE in which students are tasked
with designing, building, testing and racing a single-seater open wheel race car. The competition
consists of dynamics events – which range from acceleration tests to endurance races, and staticevets, which consider the business side of engineering a car.

The goal of the UCL 2018 FS Team is to hit all static IMechE deadlines and compete in all
events, which has not been achieved in previous years. This was done by designing a car which
was safe to use and complied with all the Formula Student regulations. The car was also
designed so that it did not require frequent repairs and parts could be easily replaced should afailure occur, whilst aiming for a target weight of 200 kg.

The chassis team have designed a lighter chassis and specified a new suspension system which involves a torsion bar, and flexures for the movement of wishbones – which is a
first time in the FS competition. A new selector barrel was designed which is 30% lighter allowing the installation of the pneumatic shift actuator in place of the previous mechanical one.

A sprocket has been designed to be 50% lighter and allows the car to reach the traction limit
whilst being in the first gear. The catch tanks have been designed to be 3D printed, able to withstand up to 100°C, to replace the heavy stock catch tanks. A new ECU has been made with 9 dynamic sensors and calibrate the ECU using a rolling road so that the car performance can be further customised. 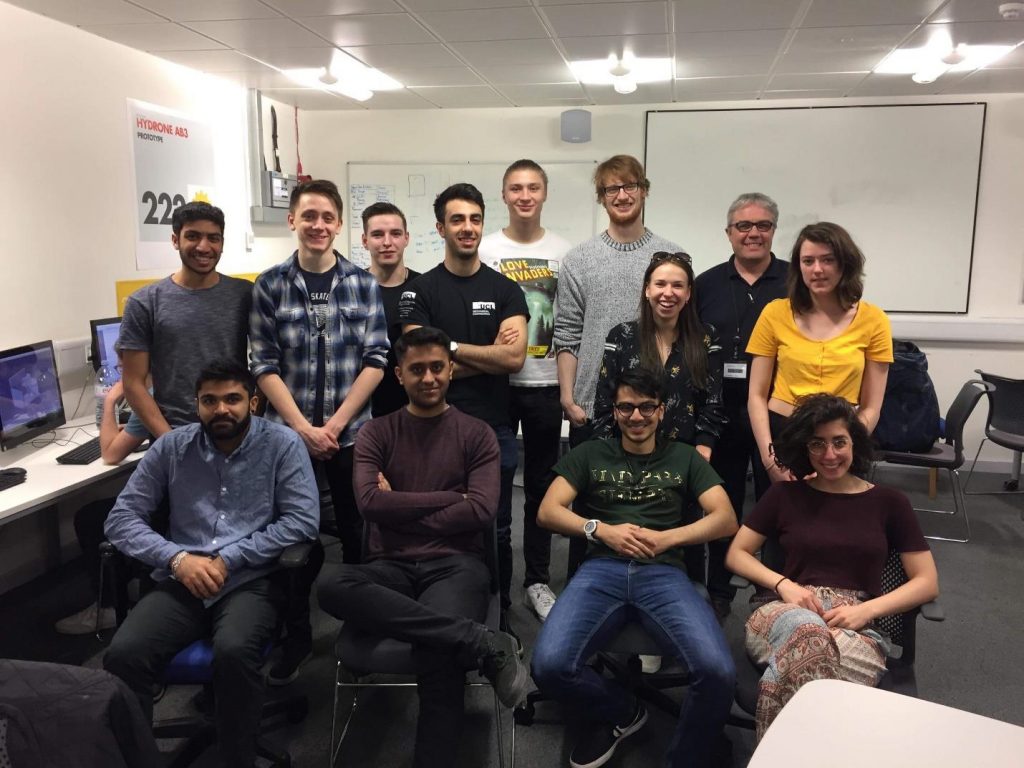